If you know anybody who had considered submitting a cover, remix, an original “party rock” genre song, or even a spoken word piece, please let them know today is the last day to submit their track! If you would be so kind to spread the word. The easiest way to do that would probably be the green arrow button at the bottom of this post, use the “share this” button to share this post. The cutoff will be midnight tonight. Thanks everybody!

Only a few days left so please hurry and submit YOUR tracks for this awesome fan album! There have been lots of developments in the past few days, something I never expected was that we might even hit the 20 song mark if things keep going at this rate. That just blows my mind! I never could have predicted that!

Thanks to everybody that has participated already!

Here’s to hold your appetite:

Just Do It PREVIEW – Wojtek Matusiak

Knowledge is power. This adage is embedded in AndrewWKMusic.com’s slogan; “Archiving All Things AWK”. Though we focus on media content, at the most basic level we are archivinginformation. The purpose in archiving something is so that you never lose it. Sometimes it seems that if we didn’t archive certain items they would be lost forever. In that case, it might as well to have never existed in the first place.

We have tried to make it a priority in providing the most accurate information possible, whether that was my own attempts of researching, experience, and piecing things together or if it came from a trusted source that I regard as coming from the horses mouth itself. But a new and even better opportunity has arisen lately and here is AndrewWKMusic giving you the inside scoop.

The following is updated information about various aspects of Andrew W.K.’s discography.

We Want Fun – Unreleased LP (to be released January 2001) 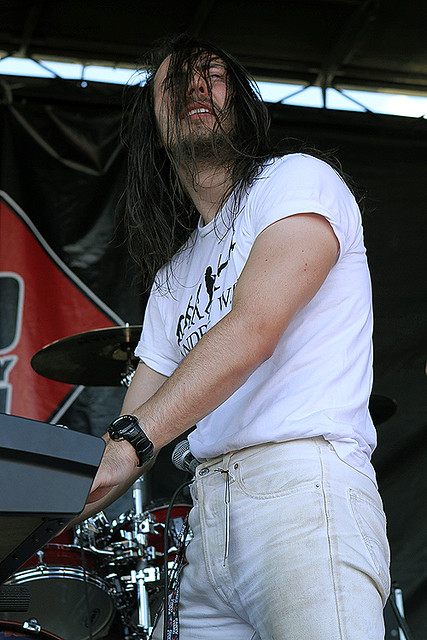 Check out these totally sweet and radical photo sets from the 2010 Warped Tour:

Our list of tracks is growing longer and longer thanks to some AWESOME submissions! For example check out this cover of

Ready To Die preview by Emphemetry

Only 7 more days until the cutoff date. Hurry and submit your tracks using the uploader. we’re still awaiting some promised submissions of Violent Life, Kicks and Bricks and an unspecified piano instrumental. I can’t wait for everybody to hear these tracks in full, they’re awesome! I’m so impressed with the talent. Check out the track listing so far.

Only 16 days left to submit your tracks!

A couple of weeks ago I took on an experiment to see how easy it was to create and submit a track for the new tribute CD, “When In Doubt, Wolf It Out III”. So, having hardly any prior experience, check out what I created from scratch!

Anybody can do this!

Since I’ve had this site going I occasionally get the email saying “hey! what about Kathode?!”. Yes I know, it’s just that I haven’t put them up yet… So FINALLY, here’s what I’ve got of Kathode. Andrew W.K. was in Kathode.

Thanks to readytodie for some of these!

OK, so this might be overkill and I know I’ve revised this bootleg like five times now. But hey don’t complain, the more music the better right?

Notes: Both ‘website’ tracks appeared on the official awk page in 2005. “One Brother” was leaked via the official forums. “Vagabond” appeared on an internet radio interview – Check ‘interview’ section of this site. The same version then appeared on a CCWBW promo. All of which appeared BEFORE CCWBW was released. The early versions of Kicks and Bricks came from AWKMedia.net (thanks Knox). The vinyl tracks are actual rips from the US version. The digital downloads were linked to from the official site. Any other track should be self explanatory.

We’re now able to accommodate 2gb per file, per uploaded. Before there was a file limit of 200mb. So that’s like ten times better! This will be extremely helpful with video files. Check out the Uploader Tool.

Countdown to the submission deadline:

Here is a quick rundown of the facts so far about the upcoming AWK tribute CD.

Youll notice that Ive recently decided to participate myself in the upcoming CD. Ill be doing a rendition of I Love NYC but instead entitled I Love Party Music. Its my version of what a tribute track to AWK would be. Stay tuned, I will be posting a preview of the track in the coming week.